"For Such A Time As This" 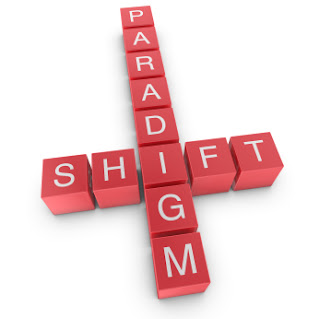 There’s been a lot of buzz going on….  Oprah Winfrey and Tyler Perry making the ultimate connection in the entertainment business.  How were they able to do this?  Why is it happening now?  Can this really be, a match made for media? Or has this been divinely orchestrated by GOD?


Well as we now know, this merger has been solidified with the two new shows, Tyler Perry’s The Haves and Have Nots and Love Thy Neighbor which initially aired on May 28th & 29th.  Both shows have been watched by millions of viewers and thousands continue to tune in, “When they find OWN on their specific Cable Provider Channel”.  LOL!!!

This is truly a “Paradigm Shift”!  It’s a shift not only for the entertainment industry, but for all industries and more specifically, for the “Black Community”! This level of collaboration is phenomenal and it sets the stage for what “IS POSSIBLE” as it relates to businesses partnering on all social and economic levels; although some of us may be bartering our services verses investing our dollars (LOL).  But, nevertheless, the fundamental principals are still the same.


How were they able to do this?


The FACT is “We don’t need to work together,” as Tyler Perry mentioned in an interview with Jay Leno.  But here lies the TRUTH, “Yes they do need to work together.”  Although they have their own resources and could very well accomplish the desired end result(s), given some time, they’d eventually reach their individual goals.

Oprah and Tyler both have been prepared for this moment…  And because their friendship is valued above all else, it has laid the foundation for a solid business merger that is much greater than the sum of its parts.  It’s Oprah’s and Tyler’s collective efforts, their joint endeavor and particular skills that align purposefully making this a magnificent media match allowing this scenario to happen now.

Oprah’s challenge of creating additional programming for OWN and Tyler’s readiness of having produced “Scripted TV” for TBN prepared them both for this divine appointment…  Tyler creates and Oprah broadcast; their individual gifts and talents have not only equipped them, but it has also positioned them for this moment in time.

God has used the “Value of Their Friendship” to build this business relationship, which is why their success with the two new shows on OWN has topped the charts for viewers tuning in on Tuesday and Wednesday nights.  This proves that friendships which are valued, strengths that are celebrated and individual truths that are honored can be invaluable assets for business partnerships. 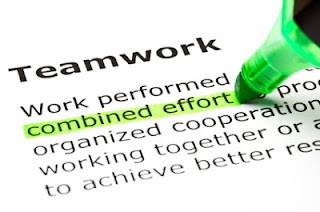 Why can’t the rest of us work together?

I’ve seen it time and time again…  We come together, but we never stay together.  There’s no commonality to keep us unified, or focused on the end result(s) in order to achieve a win-win situation for all involved.  No one wants to stay in their lane less known stay the course.

If it’s not that, then it’s the EGO’s, or THE POSITION(S) or someone’s false intentions meaning they’re really in it to get their particular needs, wants and desires met.  Nowadays, it could be various “things” combined preventing partnerships from forming.

This divides and division keeps us weak, where as multiplication (coming together) makes us strong in numbers enabling the collective body to continuously “Build the Dreams and Express the Visions” of the whole.  I’m sure Oprah and Tyler have experienced their fair share of challenges, but here’s what makes the difference, they “work it out” all while maintaining respect for one another.

Now if they can do it on their level, than why can’t the rest of us follow suit?  They have set the example of what IS POSSIBLE… And the results of their combined efforts is seen in job creation, new talent emerging, opportunities being made available where there weren't any previously and they’re also creating an environment where it’s conducive to the expansion of their individual brands.  Oprah Winfrey and Tyler Perry teaming up on OWN proves that the sum of our individual parts is ALWAYS GREATER as a whole.

We know that “Together Every Achieves More”, and they both are covering more ground than ever before.  So let us come together, so that we can reclaim our collective power to heal the divide…  “For Such a Time as This”, prayerfully we’ll acknowledge this gift and make the “Paradigm Shift” too.
Posted by Miss Yah-Tay at 7:15 PM 2 comments:


We all know it feels much better to give….  And when it comes down to helping our young people, “Giving IS TRULY GOLDEN”.    This past week, Real Rootz Apparel (RRA) sponsored Aumiyah High to attend Camp Butterfly Girls in the name of Rhonda Mathews.   Rhonda was the Community Outreach Contest winner for the “Dignity, Pride and Self-Realization” easy submission this past March.  And she won 6 t-shirts from the RRA collection for her entry.

In honor of the winner, RRA sponsored a young lady to attend Camp Butterfly Girls which is a non-profit organization for girls ages 8 – 15. This whole life educational program was found by Jamilah Shakir,creator of Saniyyah Naturally.  It offers enrichment courses, educational retreats and community service involvement opportunities for young girls.

On Tuesday of last week, I was honored to spend part of the day with the young ladies of Camp Butterfly Girls.  During this time, they worked on a dance routine, discussed their family genealogy, had lunch and played, all while enjoying one another’s company…

But, here’s the magic found in the “Family Genealogy” session that I thought was amazing…  The young ladies had to do some brainstorming, pick three points (highlights) in their life, from the time they were born up to the current date.  Then they were tasked to construct a timeline and write down what was significant about the milestones chosen and to include their age.

After being dispersed into smaller groups, the young ladies were given about 20 minutes to write an auto-biography (roughly 1-2 paragraphs) about themselves.  Upon completion, the young ladies had to read what they’d written one at a time, all while listening “with a compassionate ear verses a critical ear” per the instructions given by the family genealogist facilitator, Qur’an ShakirAbdul-Khaaliq (Principle, Mohammed Schools).
Needless to say, I was very impressed by the stories the young ladies told about their lives thus far.

Remember now, these girls are no older than 15 years old.  So, to hear their thoughts and witness some of their life’s highlights were remarkable and insightful as they had learned how to tell their stories in a way that honored who they are as individuals, yet fulfilling the requirements for the given assignment.

I’ve always enjoyed giving back and working with the young people in our community… I especially take pleasure in inspiring and empowering “Our Young Girls” and as the Founder of Real Rootz Apparel, I maintain that commitment to serve by reaching out and contributing, supporting community programs/events and youth servicing agencies that seek to enhance its participant’s life skills/life purpose readiness, educational opportunities and emotional/interpersonal well being…  Because It’s ALL ABOUT OUR YOUTH, The Next Generation of Leaders! 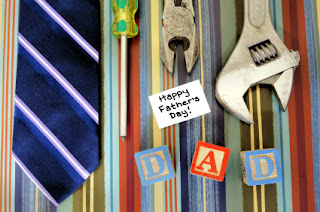 Fathers are the keys to their families…  They insure stability by their mere presence, commanding peace and order by the tone in their voice, but more importantly, as a MAN, he represents the Glory of GOD.

Fathers have always held a unique position in the home as they provide and protect those who reside therein.  So, on today we celebrate, THE MEN and Co-Creators of Life, Our Fathers!!!
F – Faithful to God
A – Actively involved in the affairs of his family
T – Trains his children; Treasures his wife (or woman)
H – Head of his household
E – Example before his children; Embodiment of love to his wife (or woman)
R – Responsible Man 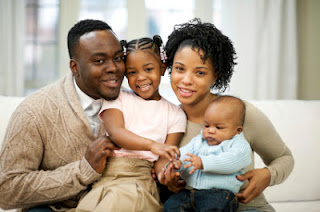 To the Fathers Who are Husbands:


May you be given the strength needed to continue leading your household with integrity and influence.  And may the love and support of your wife propel you to new heights, while the recognition of your children keep you rooted and ground in their sight. 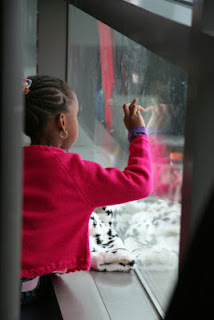 For the Inactive Men Who Call Themselves Fathers:

MEN Go Back and Claim Your SONS and DAUGHTERS...  THEY NEED YOU; The WORLD NEEDS YOUR PRESENCE in THEIR LIVES!!  Our young men and women are suffering because you’re unwilling to pay the price to get back into their life.  It’s Man-Up Time! 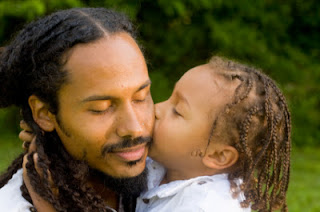 To the Single Men Who are Fathers:

You are Role Models…  Never under estimate your divine mission regardless of your current position.  Know that you are still relevant to the equation, so don’t get hung-up or misdirected by others who’d like to persuade you to think otherwise.  May you continue to do what you’ve been called to do; because our families around the world need you!

Happy Father’s Day to "ALL THE MEN" who are
Being Real Father's to their Children
Posted by Miss Yah-Tay at 5:30 AM No comments: