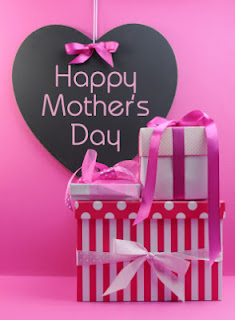 On this day, we celebrate Mother’s all over the world for the wonderful individuals that they are in the life of their family, but more specifically in the “Lives of Their Children”.  Mother’s are Gifts from GOD and they hold a unique position in the family structure.

Knowing that this is “The Highest Calling” for a woman, one should always cherish the moments and memories entrusted to them in order to mold and shape the physical, emotional/intellectual and spiritual development of their child… For this is the fundamental bases upon which they build to structure a life that reflects the training they received from a Virtuous Mother.

Love of a Mother

It’s funny have life unfolds…  When I was young, my mother had another child (Shawntavia or “Tavia”) when I was ten.  It was really odd because my young sister and I had been the only two for so many years.  But needless to say, when our younger sister arrived we we’re excited that a new addition had joined us.

Well years passed and she grew, this was breath taking and new, to see a baby running around with this big beautiful little smile.  But after a while that smile of mine became a bit of a frown because as the oldest, I was responsible for looking after her too.

But, here’s the irony in that course of events.  My mother passed and many years later, I became the legal guardian over that little girl when I was just 24 years old…  Yes, a young enlisted military woman who was in essence discovering the ropes of life on her own.

Tavia had not yet turned 14, when she came to live with me….  I prepared as best I could, with what I knew and making preparation to create a home that would support us.  Nervous about my ability to do the task, I wondered if I was fit for such a job because here you have a “baby raising a baby” per say and I was fairly young too.

I was an amateur at this and she was a teen, so go figure…  Here we are, I’m at my first command, in a new city and we were both learning about one another again (I’d previously been away in college before joining the military) and navigating through our new roles, but I knew in my heart of hearts, no one could do it better than me.

Not because of my employment with the military (which made it possible), but it was my heart to see her grow, and cover her from many of the hardships that I’d experienced, but more importantly assist her with getting off to a much better start in her adult life.


The Heart of a Sister
We had our challenges and our highs and lows, but through it all, we managed.  I had to change my ways and previous mental conditioning and adjust to make it work, for I was trying to rear my little sister based on how I was raised.

I slowly learned through trial and error that I couldn’t use the same child rearing methods (which didn’t work for her) because we were of a different generation literately…  It took lots of prayer, introspection, spiritual growth and humility.

You see, parenting is no joke, especially if you’re doing it alone.  I also realized that it doesn’t matter how “grown” one is in age either.  So, in all modesty, I asked lots of questions and sought out counsel from seasoned parents and those whom I trusted…  But here’s the thing, I also talked with her and communicated to her based on her level of maturity and understanding.

Tavia and I also spent as much time as we could together and made the most of it, as I very quickly found out that it’s the little things that count…  She taught me more than she’d ever know about what it takes to help make a child grow.  Not just to grow physically, but what it takes to make them well rounded mentally.

Happy Mother’s Day!!!  So on this special day, I’d like to thank her from the bottom of my heart for trusting me and providing me with the opportunity to be the best surrogate mother that I could be to her…

Now that she’s expecting, my prayer for her is that she becomes the “Virtuous Mother for Her Baby.”

As a young woman and mother to be, remember to let GOD Guide You.  And for all that you are, train your new baby to be, YES BE A GREATER REFLECTION of Thee... From the LOVE OF A MOTHER, With THE HEART OF A SISTER, HAPPY MOTHER’S DAY NEW MOM TO BE!!

The End of School Is Near

Alright, Alright!!!  The end of the school year is near.  I know many of you are happy, happy to see this year come to an end.  But don’t let up just yet, by starting your summer break too soon.  You still have finals, so that means just a little more studying to do.

Let’s finish out strong.  This is not the time to slow down, or ease up…  Even if you are doing well, go ahead and push yourself, going the extra mile.  It’ll pay off in the end and you’ll be glad that you put in the additional time.

So as you all come to the closing of this 2012-2013 school year, smile and tell yourself well done, because you did it and made it all the way to the end.   Willing each of you the best on your FINALS!!!

Who is that woman behind the relaxed hair, does she know its become an ensnare? To distort her true beauty and the original style of a natural cutie....


The "natural hair movement" is taking many by storm.  It's shifting the way individual, groups and entities see the natural hair texture of "AfriKan AmeriKan Women".  In this time of change, what are some of your memories about being relaxed?  And I'm not talking about being in a reclined position...  LOL!
What were some of your experiences?  What were some of the perceived rewards?  What were some of the challenges?  How did it impact your self-esteem or self-confidence?  How did it effect your concept of beauty?  Did it evoke you to look deeper within yourself?
These are just some of many questions that may have been asked, or thought of during the relaxed phased, transitioning from the relaxer and afterwards...  Just a little food for thought.  I awakened this morning with the question, "Who Is that Woman, Behind the Relaxed Hair?" on my mind and thought I'd share.
Miss Pro-Natural
"Yah-Tay"
Posted by Miss Yah-Tay at 11:00 AM No comments: