This blog post was inspired by a quote that was written by Dr. Maya Angelou which reads:

After reading this phase, it made me think about the word “COURAGE,” and what it really means.  So, I took it upon myself to look it up once again, even though I know what it meant…  But this time in reading the definition and re-viewing Dr. Maya Angelou’s quote, it provided me with a deeper revelation of why she said courage was “the most important of all the virtues”.
Cour-age [kur-ij, kuhr-] noun
1.)    The quality of mind or spirit that enables a person to face difficulty, danger, pain, etc., without fear; bravery.  (Dictionary.com) 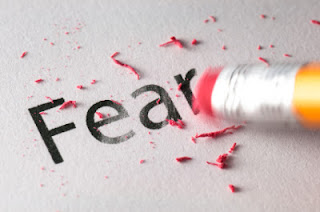 Let's see, we have “Faith, Hope and Charity” as the virtues that are spoken of in scripture…  Faith = Believe, Hope = Trust and Charity = Love.  Having these three virtues are important, however, think about the concept of courage when you throw “FEAR” into the mix:

When entering a new or unfamiliar territory, or going through a difficult situation or challenging circumstances, it can drum up a lot of FEAR and insecurities.  Fear paralyzes you and keeps you from moving, while insecurities make one doubt their abilities, capabilities or worthiness….   (Think about it for a moment)

Now getting back to COURAGE...  We honestly and truly can’t practice all of the virtues without courage because it takes faith to believe when things are not going well; it takes hope to trust GOD and the process when you don’t see your way (or a way); and it takes charity, understanding God’s love for us that keeps one motivated in the face of difficulties and the notion of fear. 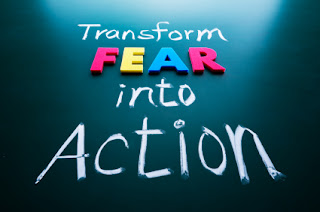